KENILWORTH TOURNAMENT
In response to a general invitation from Kenilworth Croquet Club, Steve and Bob found themselves playing there on May 11th.

The Club has two full size courts, probably the best we have ever played on and had attracted five very good teams plus “yours trulys”.

You will be relieved to know that we didn’t completely disgrace Bakewell Croquet Club, winning two out of our five games – admittedly mainly thanks to Steve.

The tournament is run annually as part of the Kenilworth Festival and at no cost to ourselves, coffee and lunch were provided along with excellent hospitality and facilities.

Highly recommended to anyone in the future.

John Handy did a brilliant job of organising the event and we repaid him by playing so slowly that poor John had to shorten some later games to seven hoops as time was running out!! I can tell you, that really focuses the mind.

A really good day and I hope that we will be invited again next year. 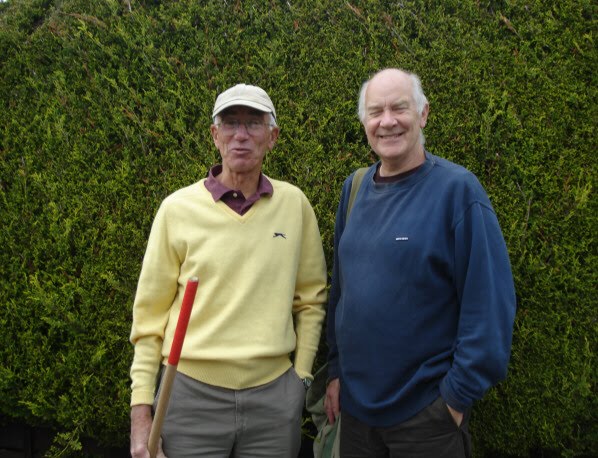 This was held on Saturday 21st May 2011 and was at least as successful as the 2010 event. A total of 21 club members signed up and with Patricia Duke-Cox visiting from the East Midlands Federation there were 22 of us playing. The weather was very kind and the coffee/tea plus cakes that were available all afternoon were enjoyed by all, as was the competition itself.

In term of playing standard, this was the best yet and everyone gave a good account of themselves. The highest scoring club player was Dorothy Evans with 21, followed by David Mackenzie on 20, Steve Marsh had 19 and Janet Flatman, Allen Flatman, George Wolfe and Joan Perry all had 18. The rest of us were distributed in the lower orders.
We now look forward to our Summer Tournament scheduled for 27th August.